Jingfang Tan began playing the piano at age of six.Three years later she continued her studies under the guidance of Professor Galyna Popova from the Ukraine. At the age of 11 she was admitted to the high talent class at the University of Music and Performing Arts in Vienna.Before beginning her Bachelor studies under the guidance of Johannes Kropfitsch in 19 at the Piano Department of the MUK University in Vienna, Jingfang Tan worked for many years with Ralf Heiber and in 2016 regularly with Dina Yoffe in Brescia.Simultaneously she was awarded the highest score and admitted to the Diplôme Supérieur d’Exécution at the Ecole Normale de Musique under the guidance of Marian Rybicki.

2012 First Prize at the Jenö Takacs piano competition in Austria

2014 Finalist and Special Award at the Jaen International Piano Competition in Spain.

2015 First Prize at the Béla Bartók competition in Vienna.

2016 she won the first prize and special prize at the „Prima la Musica“ International competition in Vienna. 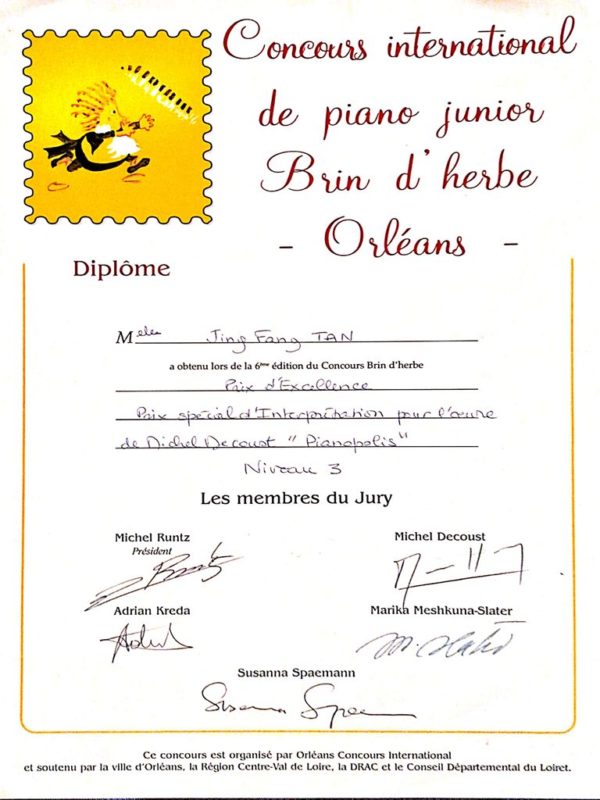 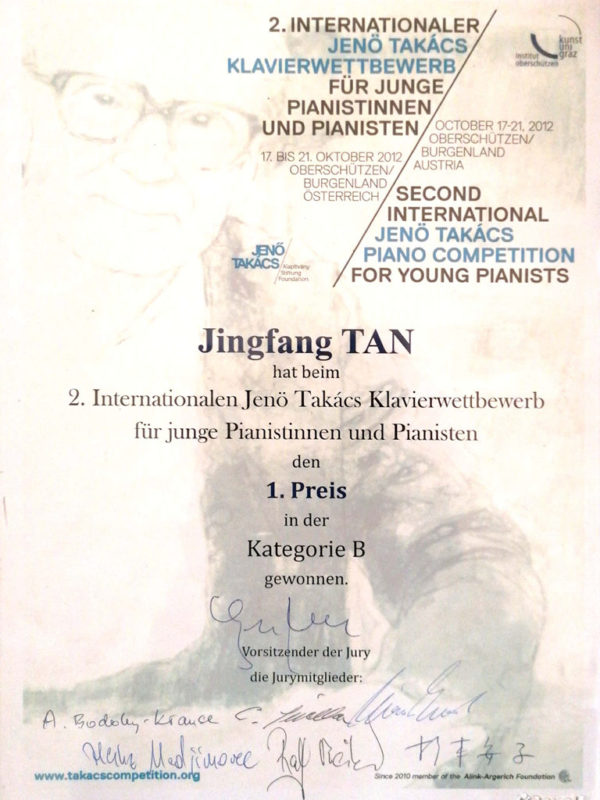 2012 First Prize at the Jenö Takacs piano competition in Austria 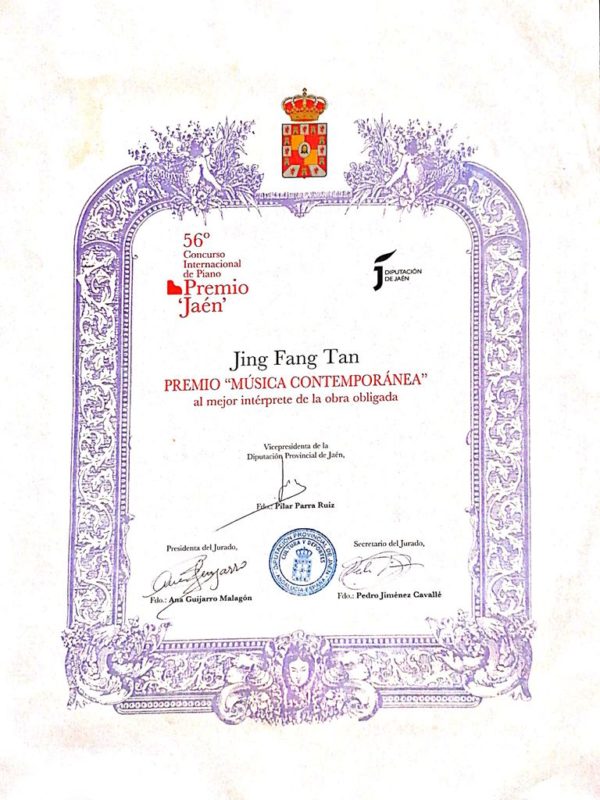